In 1999, Angola stamps began appearing on the market that were totally bogus / illegal issues.   These issues continued through at least 2003 and were all printed and sold by companies outside of Angola.

Scott makes mention of these issues in the 1999 section of the catalog stating:

“These Flora and Fauna stamps, formerly Nos. 1067-1078 were not authorized by Angola postal authorities”

Then goes on to list a number of topics of stamps inscribed Angola that are also illegal issues.   Keijo at StampCollectingBlog discusses these stamps here.

The Stamps of 2000 feature again, various topical themes, but interestingly all in the same denomination of 3500000 kzr. 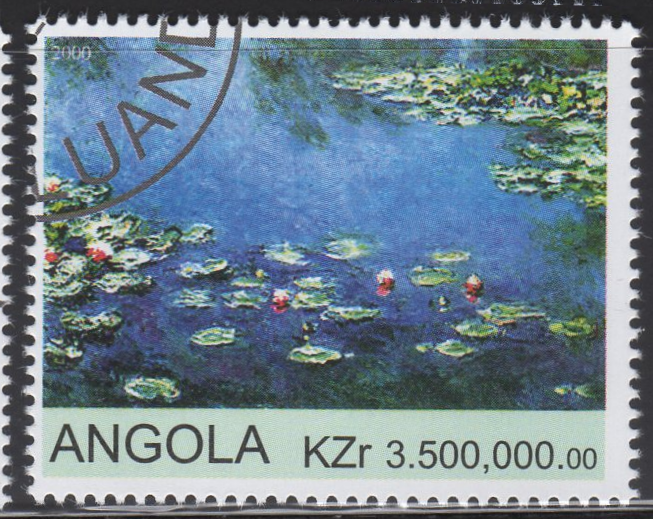 And here are some more examples from my own collection: 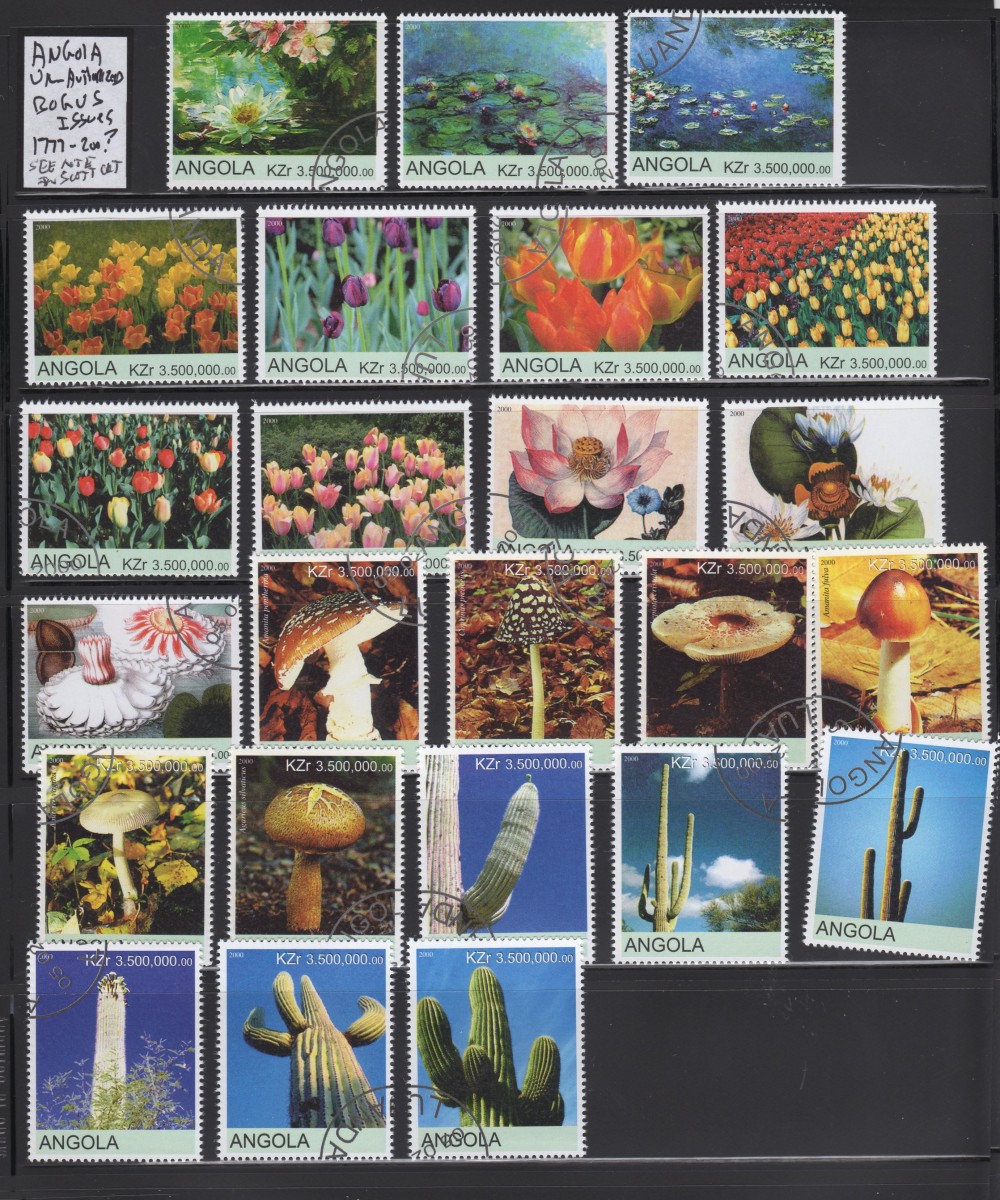 Checking on eBay and you will find many examples of these bogus stamps for sale.   Many times they are listed as being “Bogus”, but most often, they are not.

No complete listing of these Angola issues exist (that I am aware of) but there is at least a partial listing in Scott as well as the UPU Circular listed below.

A warning and a list of some of the stamps from the 2000 era was issued by the UPU at the request of the Angola Postal Authorities: