The Denmark Wavy Lines Numeral series is one of the longest running series of same-design definitive stamps from any country other than Norway (who holds the record with their Posthorn series which began in 1872 and continues through today!)

The Denmark series first began in 1905, and the latest issues on record are (I believe) from 2010.

The series can be broken out into a number of basic groups that are fairly easy to distinguish. These hearts were used until 1932 when they switched the printing method from letterpress to recess printing.  The hearts and lions did not look very good with the new printing method, so the hearts were dropped and the lions were redesigned.   Also a second oval line was added around the middle numeral.

The watermarks are fairly easy to distinguish as well.  Scott calls them Wmk 113 and Wmk 114.

The With Hearts design on ordinary paper comes in 3 “Types” plus one additional oddball sized.

The With Hearts design on fluorescent paper is only of one type (Type III).

The types are distinguished by looking at the front foot of the lion on the left.  It will have either a short vertical white dash, two white dots, or a single white dot.

In addition, there was a special “Wide Margin” variety of the 10o Purple (Type III) that came in booklet form (2 attached in a block of 4 to 2 Semi-Postal charity stamps of 1938).   I nearly missed it during my sorting because it was sized like a commemorative stamp!

Finally, in 2005, the stamp was redesigned and the hearts made their return.  The series with the hearts continues through 2010 and probably beyond

Colors and Shades
Colors and shade varieties abound in this series, and I have kept most examples that seem to exhibit shade differences, below are just a few examples: 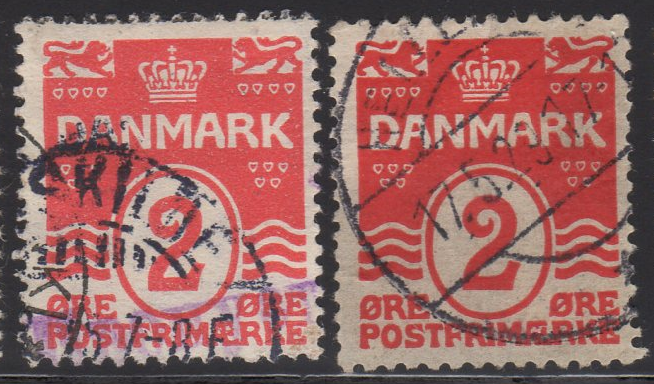 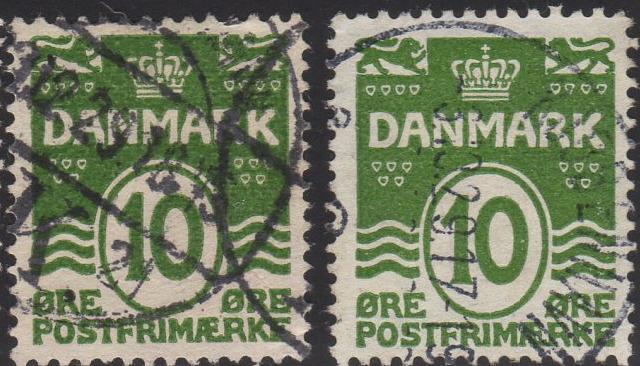 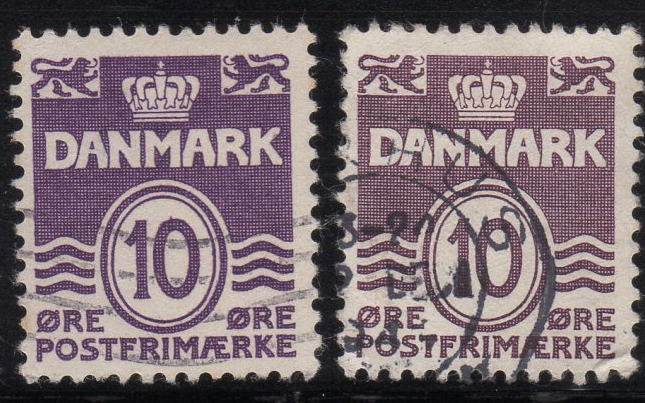 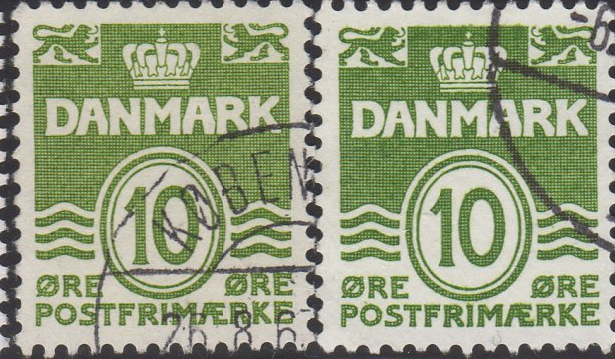 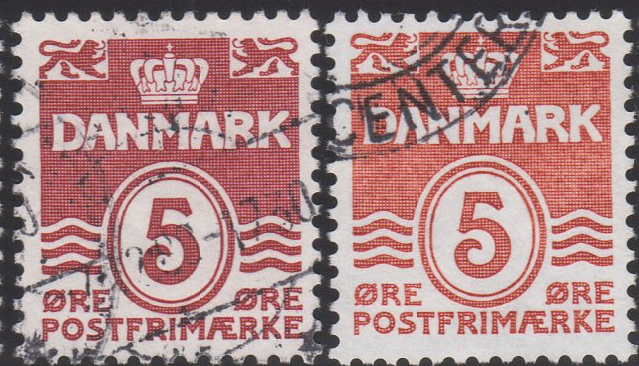 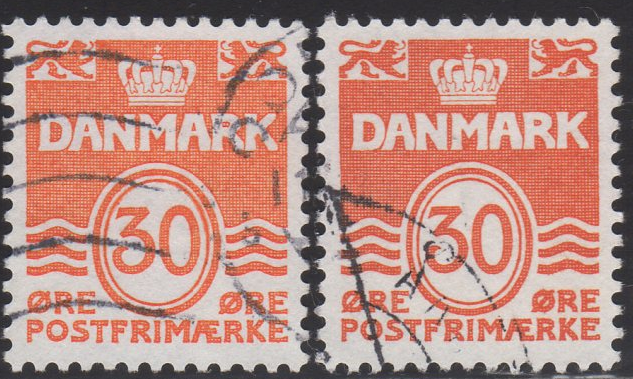 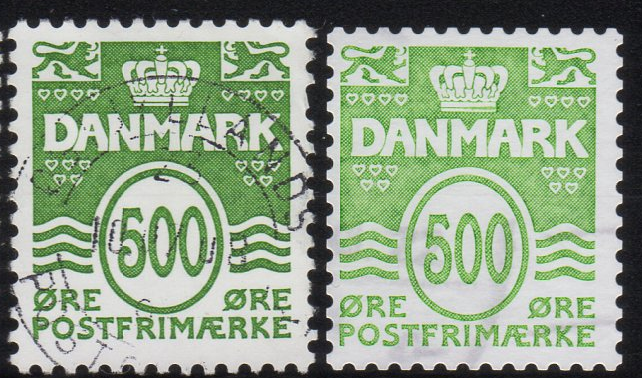 The stamps came in many booklet varieties as well, connected together in various values and with various other stamps, such as the Queen Margrethe Definitives.   Here is a strip used from a booklet.

All in all, this is a fun series to collect.  There are many many varieties (my collection alone spans 4 stockbook pages) and I have a couple of holes yet to fill.